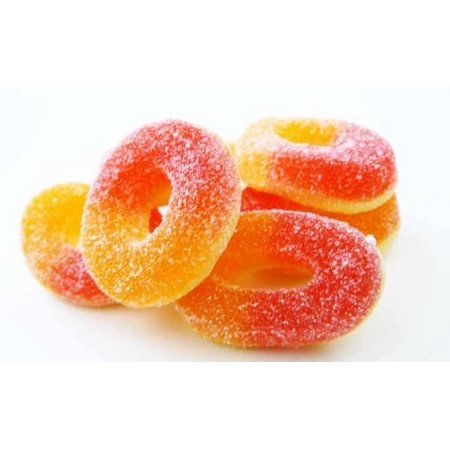 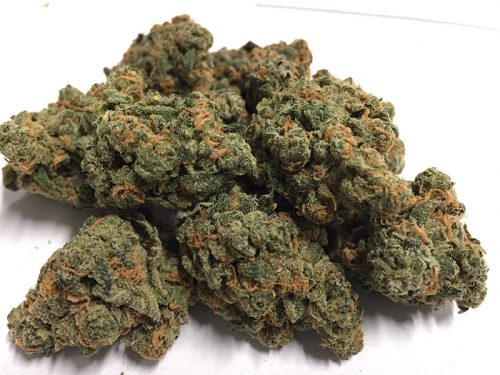 Blue Cheese is a classic indica-dominant hybrid that delivers a memorable taste alongside a balanced high. Its distinctive name has more to do with its genetic lineage, a cross between the popular Blueberry and the UK-native strain Cheese, than its taste, which is surprisingly fruity.

The Blue Cheese name has more to do with its lineage than taste. Blue Cheese achieves its potency with an average THC composition of about 15% to 20%.

Breeder Big Buddha Seeds, who perfected a phenotype of parent strain Cheese, is credited with introducing one variety of Blue Cheese to the cannabis market. The Netherlands-based operations Barney’s Farm and Royal Queen Seeds also produce and sell seeds for a distinct Blue Cheese variety.

Cured buds of Blue Cheese are large and have a very dense bud structure. The tightly-packed leaves are light to medium green and are threaded through with copper-colored hairs (which are actually pollen-collecting pistils). This is a very resinous strain, and flowers are correspondingly covered in sticky white trichomes. When fresh, Blue Cheese buds are difficult to break up by hand and typically require use of a grinder. This strain has “bag appeal” in the form of its pungent aroma, flowers primarily have a fruity, berry smell, inherited from parent strain Blueberry. Rounding out this sweetness is a tangy hint of cheese, which some have compared to musk or even rotten vegetables. When flowers are combusted, the smoke is thick and lung-expanding, and can induce some serious coughing for users who take a big enough hit. Once smokers get past this eye-watering, palate-tickling pungency, they’ll notice an entirely fruity blueberry taste on the exhale, absent of cheesy funk. However, this strain can leave a musty, hash-like aftertaste that lingers in the mouth long after smoke has been exhaled.

The high from this strain can creep up slowly — without the initial headrush that’s associated with many cerebral sativa strains, this indica will gradually bring on a sense of physical relaxation and an altered way of thinking that may catch smokers by surprise. This mellow indica vibe is excellent for restfulness and de-stressing, but it won’t necessarily lead to incapacitating couchlock — although couchlock is a possibility with larger and larger doses. Blue Cheese’s physical effects make it a good means of relief from minor aches and pains, as well as an aid to counteract insomnia. On the sativa side, Blue Cheese confers a mildly euphoric high that won’t leave users trapped in a cerebral loop of recursive thinking. As such, it’s a great option for treating anxiety, depression, and even some symptoms associated with PTSD. Its clearheaded and focused high is also beneficial for those with attention deficit disorders. Blue Cheese can also be a strong appetite stimulant, for better or worse. Less desirable effects may include dizziness and some paranoia if Blue Cheese is consumed in large enough doses. This strain is optimal for enjoyment from early evening to nighttime, as a way to unwind after the workday or as an after-dinner treat.

Blue Cheese is a relatively easy strain to grow. Seeds are available from the aforementioned breeders; prospective growers can also obtain healthy clippings from mature plants to grow “clones.” The strain can be grown outdoors, but like most varieties of cannabis, requires a consistent source of sunlight and a constant temperature of between 72 and 80 degrees Fahrenheit. Indoor cultivation may be a more appealing option, as plants have a characteristically bushy indica shape, with strong horizontal branches. Blue Cheese has a high leaf-to-bud ratio, meaning that growers should trim the broad fan leaves that grow at the top of the plant in order to allow light to reach flowering nodes on the lower branches. This strain flowers within 8 to 10 weeks indoors and is ready for harvest by late September when grown outdoors. It is a heavy yielder, with large flowers clustered around the terminal cola as well as the lateral branches; growers can expect about 500 to 600 grams (or about 1 to 1.3 pounds) per square meter of plant. As noted, Blue Cheese is also famously pungent, so if discretion is a primary concern, growers should isolate outdoor plants and invest in odor control measures for indoor plants like carbon filters.

More common on the West Coast than other areas of the U.S., Blue Cheese is a pleasantly balanced strain that achieves equally potent effects on the body and mind. It’s well-suited to mindless post-work or weekend unwinding, as well as to tasks or errands that have to be performed during the day. The sense of uplift makes it a popular option for social gatherings as well. With such qualities to recommend it, Blue Cheese is unlikely to be as polarizing as its dairy counterpart. Don’t be fooled, though — this is one strain of cannabis whose smell is unlikely to fly under the radar. 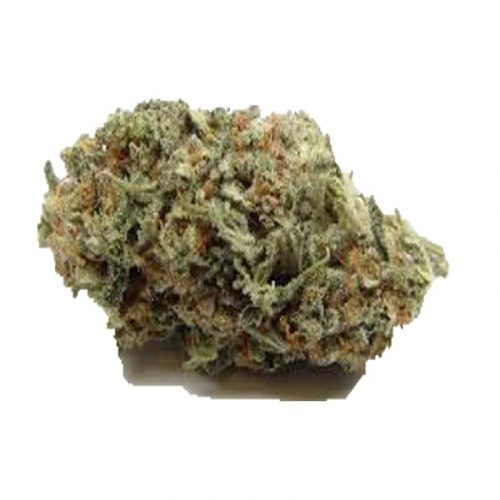 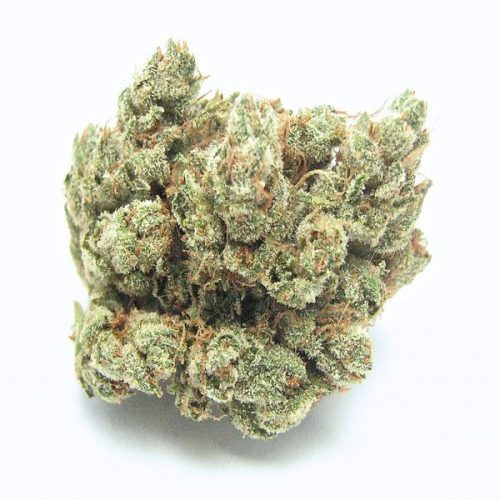 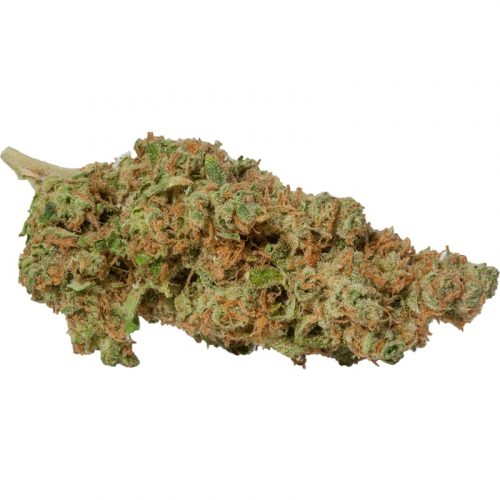 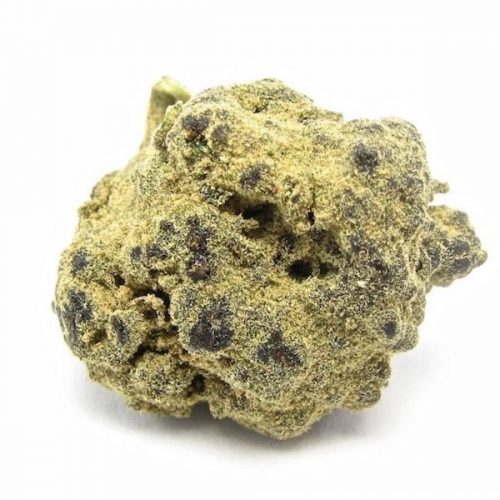 Rated 5.00 out of 5
$300.00 – $1,200.00
If you enjoy smoking bud but are looking for a more potent experience than what typical flower provides Sour Apple moon Rock might be for you
Add to wishlist
Select options
Quick view 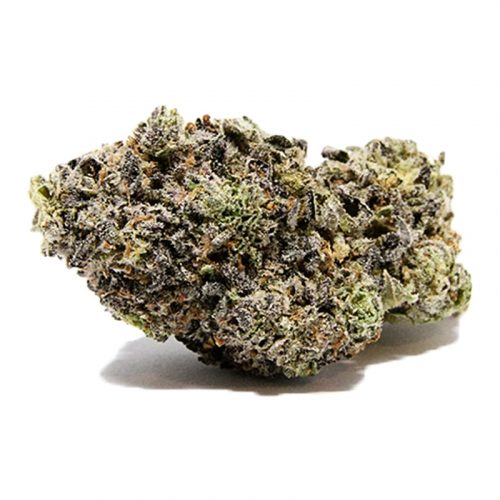 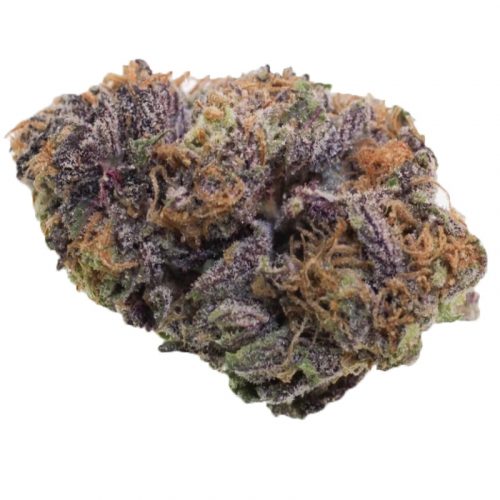 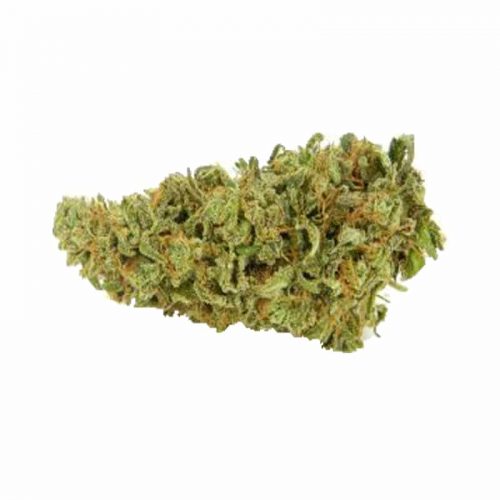